When coconuts were advertised for $1 recently, I decided it was time to learn how to cut a coconut. It seemed so intimidating to me. How was I going ‘to cut’ through the coconut? I’ll ruin my good knives.

Oh, silly me. You don’t cut through a coconut. You take a hammer from your husband’s workbench and give it a good whack…or several whacks…but there are few steps before that. 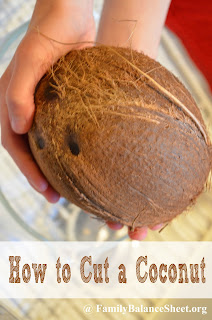 How to Cut a Coconut 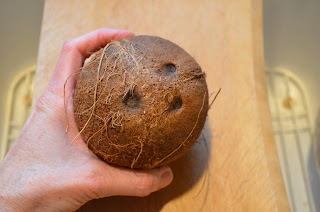 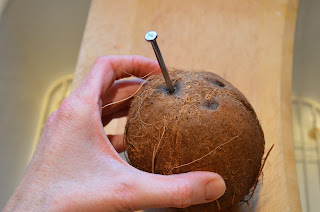 You’ll have to test each eye until you find the soft one. I was able to poke the nail through one of the eyes without a hammer. 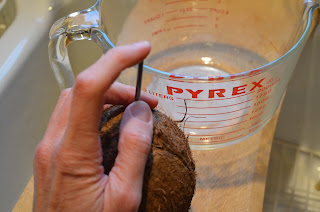 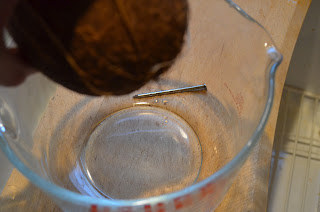 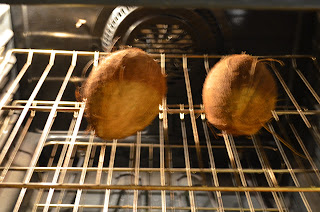 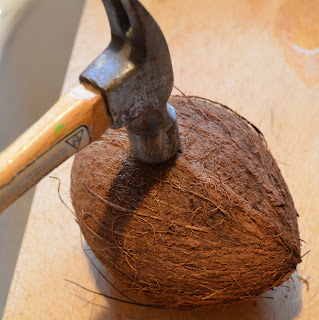 It took several good whacks to get some cracks. 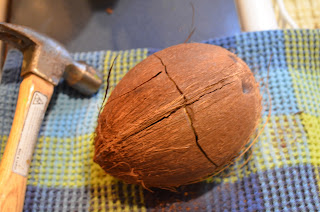 Once you see cracks, it isn’t long before the whole thing splits apart. 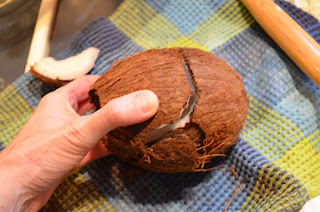 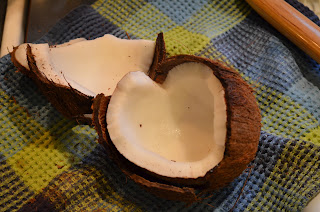 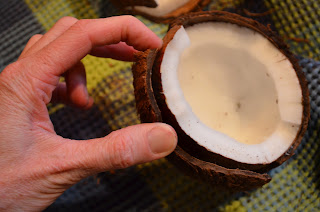 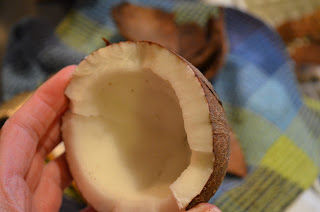 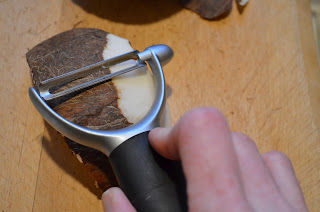 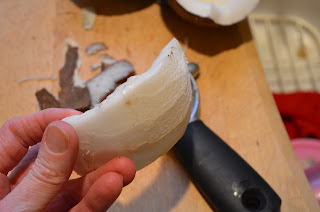 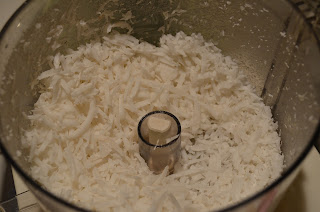 A few lessons about coconuts: 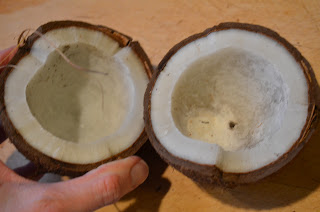 That’s it. It really is easy. Have you ever cut a coconut to use in recipes or do you buy it already pre-shredded? Let us know in the comments.

This post is linked to Works for Me Wednesday and Your Green Resource at The Greenbacks Gal and Frugal Friday at Life as MOM and Real Food Wednesday at Kelly the Kitchen Kop.