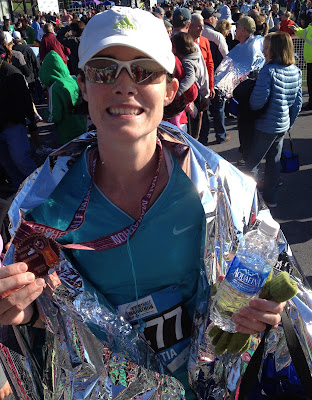 I wasn’t always a runner. I didn’t run track or cross country in high school. In fact, running didn’t come naturally to me. In my early 20’s, I had a friend that liked to run and I tagged along one day. As I was hyper-ventilating within the first mile, he explained to me that it was in fact possible to run and breathe at the same time. He helped me find my rhythm and I was soon running without gasping for air.

I continued to run to stay fit through out my 20’s and I bravely signed up for my first 5k at 31. I forget my time as 31 was…cough..cough…many years ago, but I had a blast and caught the 5k bug.

After a few 5ks, I was itching for something a bit more challenging, so I signed up for a sprint triathlon. That first triathlon was a 500 yard swim, a 12 mile bike ride and a 5 mile run. It was grueling and I was as slow as molasses, but I loved every minute of it. What I learned about myself during that first triathlon was that even though I was slow, I LOVED to push my body to its limits and beyond. Yep, I’m weird.

Over the next 3 years, I finished 4 more short distance triathlons until something amazing happened… 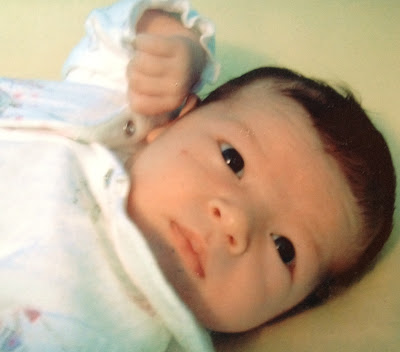 I became a mom. Running, swimming, and cycling lost their appeal to me. Instead, that little lady and I walked almost every day for two and a half years until something else happened. 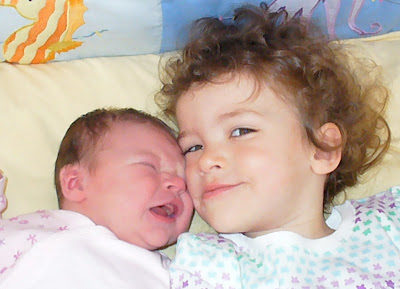 At that point, I had very little desire to do anything. A toddler and an infant were all the exercise that I needed or could handle. So I cut myself some slack and took a break from most exercise.

But when my baby hit the age of 2, I started to get anxious to be active again, so I laced up my kicks and started running a few times a week. A few months of running went by and I received a phone call from my college roommate. She had just finished her first half marathon, a grueling 13.1 mile race. “If I can do it, you can too”, she told me. Several more months went by and I kept thinking about our conversation. So on January 1, 2011, I made the bold goal to run my first half marathon that year.

In October 2011, I ran and finished my first half marathon. It was an exhilarating accomplishment for me and you can read about my experience here.

In 2012, I decided to make a bold goal to run TWO half marathons in one year. I ran the Pittsburgh Half Marathon in May and the Hershey Half Marathon in October. Bold or crazy…you decide, but I was able to decrease my time by a few minutes with each race. Although by October, I was a bit burned out and I took the months of November and December off from running to rest my aging body–you do the math, I’m no spring chicken.

Now I’m gearing up for 2013. I have steadily decreased my time over these three races to a personal best of 2:03 and there’s no reason why I can’t break that 2 hour mark. This year’s goal is to improve my time and run in less than 2 hours.

To get my tail to the finish line back in 2011, I simply ran. I would just go for a run and I steadily increased my mileage in the weeks leading up to the race. That plan worked well for me when my goal was to simply finish the race, but now that I’ve proven I can run 13.1 miles, I want to improve my time and that will take a slightly different type of training. I will need to work on my core, my speed and those bloody hills.

In 2013, my babies are now 7 and almost 5 and running has become a part of my routine that at one time seemed so ridiculous and wasteful. When my kids were tiny, I couldn’t imagine running so many miles, but it clears my head, keeps me fit and sane. 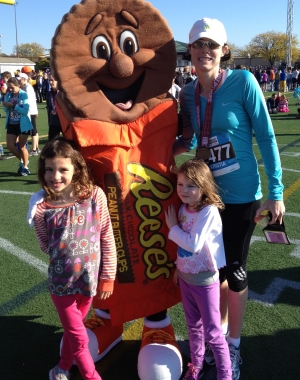 There is another reason why I run such long races–I want to show my daughters what is possible.

Many people have said to me, “you’re crazy for running 13.1 miles” and when you think about it, it is CRAZY. But running has become a passion of mine. It gets me up in the morning. It gets me outside. It makes me feel strong, capable, and quit frankly I don’t know of any single event in my life (outside of birthing 2 babies) that has empowered me more.

Are you a runner? What are your training for? Let us know in the comments.