As of March 1, we are a cable TV and land line free home. 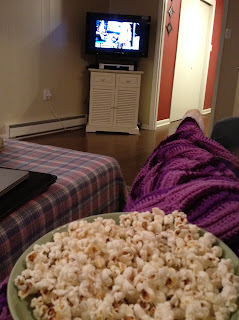 We like TV, so it was a bold move for my family. We were paying for a deluxe bundle package that included high speed Internet, a land line, a gazillion cable channels, and HBO, which we enjoyed quite a bit.

But when our cable/Internet/phone bill increased over $100 from the previous month, we thought twice about our love for cable TV in our home. While I sheepishly admit that I may have had a slight addiction to the reality shows on Bravo TV, I also realized that I was spending too much time watching grown women cat fight in their Manolo Blahniks–that they clearly can’t afford. And I definitely don’t want to spend an additional $1200 a year to watch that train wreck

Anyway, following the advice of personal finance bloggers everywhere, I immediately called the company to understand why our bill increased by so much and negotiate a new price. I was told that we had enjoyed a promotional price for two years and the new price reflected on our bill is the actual price for the package we had originally chosen. Huh, no budging, not an inch.

So, my husband took a different approach and chatted with an online customer service representative only to be told that the online reps are not able to offer anything but the prices that are listed on the website.

Wow, they’re really making this decision easy for us. After quite a bit of research, we decided to cancel our cable to pursue other TV options, which I’ll describe further in an upcoming post.

And in the process, my husband point blank asked me, “who calls us on the land line?” Back in October, I would have said, “President Barack Obama and Governor Mitt Romney”, but campaign season is over, so my reply was, “NO ONE.” Honestly, we are using our iPhones for everything.

So we cut that cord too!

A funny thing happens when you call a cable company to cancel services–they reduce their price. But it was too late. They weren’t in any hurry to help us out previously when we hadn’t even considered leaving cable TV and we were already intrigued by much cheaper online TV viewing options.

We kept the Internet, of course! So now instead of paying an additional $100 a month for our deluxe cable package, we will now pay about $55 less than our original bill for our high speed internet, so we are saving about $660 a year.

It’s now March 14 and we can honestly say that we do NOT miss cable TV one bit!

Do you have cable TV and a land line or have you cut the cord too? Let us know in the comments!