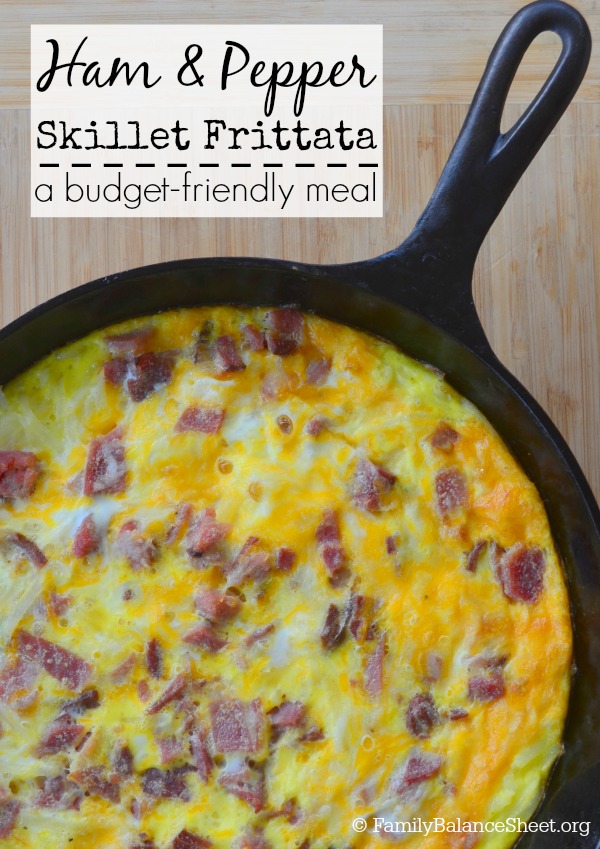 This skillet frittata is so easy to whip together and is so versatile. You can easily replace the ham and peppers that I used with other meat and veggies that you have on hand, such as cooked sausage or bacon, asparagus or slightly steamed broccoli.

Eggs are not just for breakfast, and a frittata makes a hearty brunch, lunch or dinner idea.

How I made the ham & pepper frittata budget-friendly: Read about why we left Teflon & switched to Cast Iron Cooking.