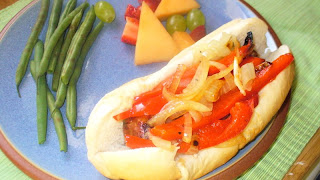 It’s grill season! Can I get a collective “YEAH”!

We don’t grill too much during the winter. It’s too cold and dark and the grill is usually buried in snow. But the sun is poking through more and it is sticking around much later every day, so we are grilling on a regular basis again. One of our favorite grilled sandwiches is Italian Sausages and we love it with grilled peppers and onions. I make this at least once a week in the summer. 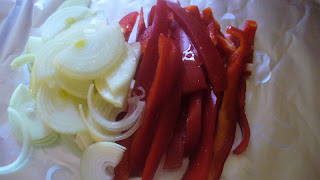 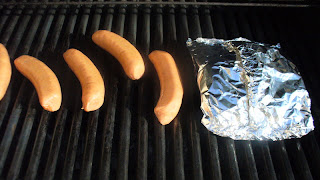 Grill sausage over medium-high heat about 15-20 minutes, turning halfway, until sausage is cooked through. I grilled turkey sausage and the rule is to cook until it reaches 165 degrees inside. Refer to the sausage packaging for cooking guidelines. Flip the hobo pack when you turn the sausage. 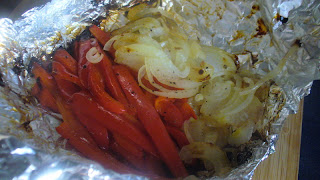 Serve the sausages, peppers and onions on a really fresh roll with your favorite toppings. I love mine with lots of mustard. Enjoy and Happy Grilling!