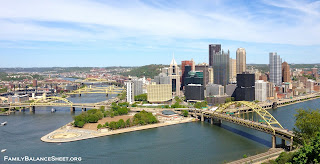 My family took a mini vacation last weekend to Pittsburgh for the half marathon. One reason why I ran the Pittsburgh half marathon again this year was because my family had such a wonderful weekend in 2012.

And we also had a hankering for a Primanti Bros. sandwich again. That beastly sandwich is packed with meat, fries, and cole slaw; it is a Pittsburgh landmark. 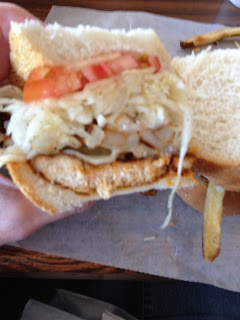 But the weekend wasn’t all about the race and that sandwich. Saturday was a free day and we wanted to explore some different attractions that we didn’t get to see last year.

Our first stop was the Senator John Heinz History Center, which conveniently was right across the street from our hotel. The center is the Smithsonian’s home in Pittsburgh and there are six floors of exhibits that span over 250 years of Western PA’s history. 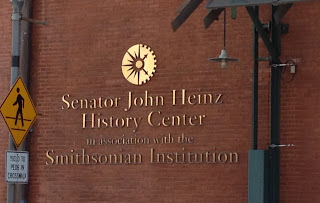 Did you know that Lewis & Clark’s expedition started in Pittsburgh? That is one fact from high school American History that I did not remember. 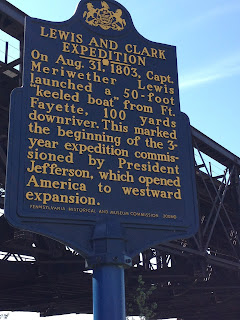 The exhibits at the center included:

My favorite exhibit was 1968: The Year that Rocked America. The center’s website describes it as an exhibition that “chronicles the pivotal year in U.S. history that saw assertions of Black Power at the Olympic Games, the national launch of Pittsburgh-produced “Mister Rogers’ Neighborhood,” stardom for Jimi Hendrix and Janis Joplin, the debut of locally made cult classic “Night of the Living Dead,” and the assassinations of Robert F. Kennedy and Dr. Martin Luther King Jr. The year began with the Tet Offensive, the deadliest period of an increasingly divisive Vietnam War, and ended with hope for the future, as the Apollo 8 capsule beamed back images of “Earthrise” from the far side of the moon for the first time.”

I didn’t grow up in the 60’s, so it never occurred to me that 1968 was such a pivotal year in our country’s history. The exhibit was very enlightening, entertaining, and interactive. Our kids really enjoyed it too.

My favorite part of the 1968 exhibit was having a photo op with Mr. Rogers, who debuted in 1968. I grew up in the 70’s and he was very much a part of my childhood and he happens to be a Western PA native. 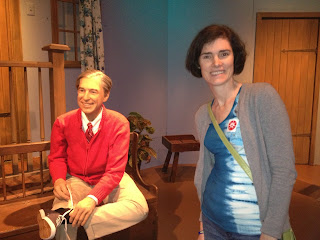 While I thoroughly enjoyed the museum, my kids were a bit over it by the end. They are 7 & 5 and are not quite as interested in Western PA history as their parents. 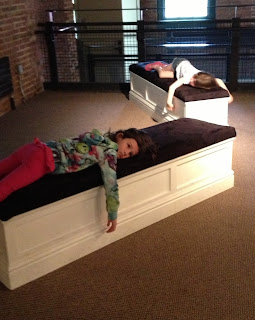 So we took them for a little adventure: a trip up The Duquesne Incline. 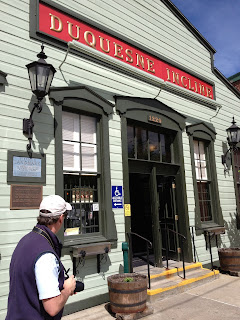 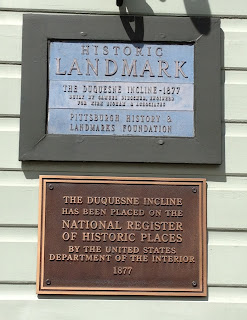 The view from the top is breathtaking. 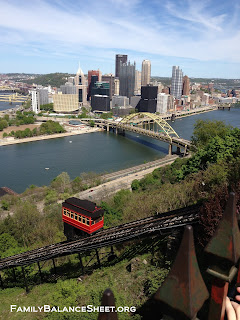 The beautiful weather helped us see for miles. 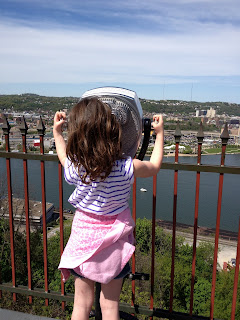 On Sunday, I spent the morning running the half while my kids cheered me on. 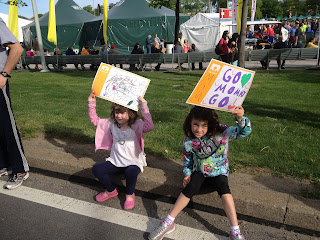 As we were heading out of town later in the day, we stopped at a cute little donut shop in the strip district, Peace Love & Little Donuts. 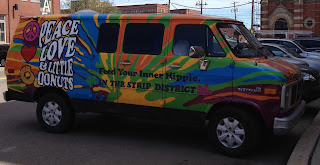 To celebrate another awesome weekend in Pittsburgh, I picked up a dozen for the road and I promise you that I didn’t eat ALL of these mini donuts. 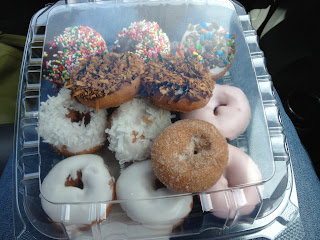