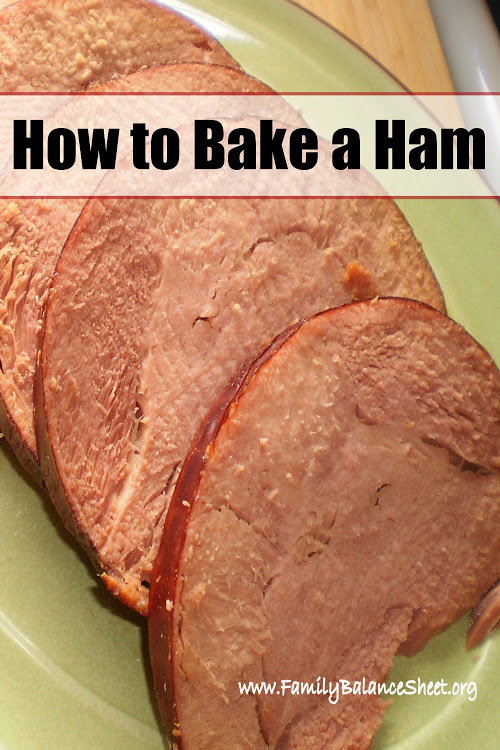 Two words…low and slow, when it comes to baking a delicious ham.

A whole boneless smoked ham is more expensive, but there is no waste with fat or gristle and you’re not paying for a bone that you don’t need. This ham is already fully cooked, so essentially you are just heating it up, but that is where the low and slow and the glaze becomes a factor. 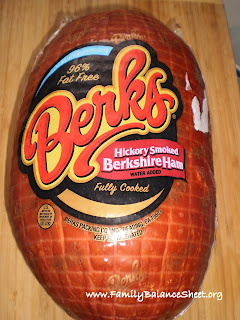 How to Bake a Ham

1. Remove the ham from the packaging and discard the packaging. Make a few score marks on the top of the ham. I forgot to take a picture of the score marks before the next step, but you will be able to see the marks in later pictures after the ham was baked. 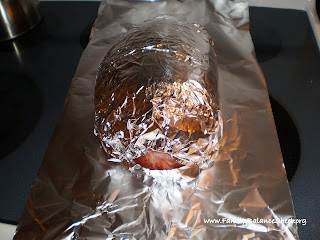 3. Place wrapped ham in a rimmed baking sheet or pan. 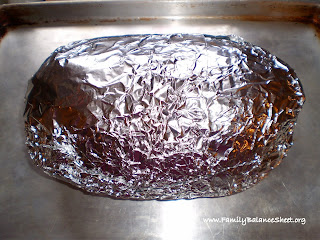 5. Right before the 5 hours are up, prepare the glaze. Mix together the following ingredients into a thick paste. I varied the last three ingredients, because you don’t want the glaze to be too thin where it just runs off the ham. Start with the 2 tsp and add to your taste if needed. 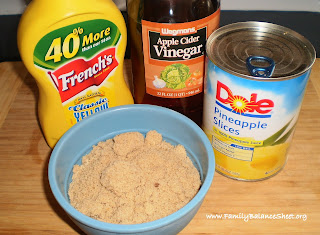 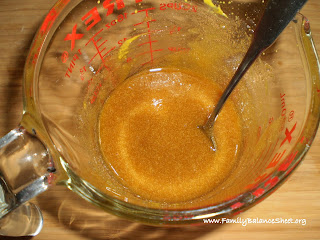 6. After 5 hours, remove ham from oven and CAREFULLY unwrap the foil with oven mitts. Pour or slather with a spoon the thick glaze over the very hot ham.

(Take note to the three score marks. This is before I added the glaze. I forgot to take a picture of the ham with the pre-baked glaze) 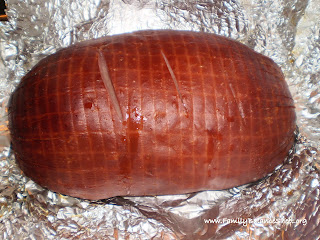 7. Carefully wrap ham back up tightly with the foil, you might need oven mitts. Bake for one more hour.

That is a total of six hours for my smoked fully cooked 6.7 lb ham, about 53 minutes a pound. Adjust your total time depending on the size of your pre-cooked ham. It might seem like a lot of time, but the ham will come out very tender and flavorful and should not be dried out.

8. Remove from oven and loosen the foil slightly and let the ham sit for 30-60 minutes before cutting into. That will be tough, because it will smell amazing.

9. I used an electric knife, but the ham will be like butter, very easy to cut. The ridges in the ham help guide how thick to cut the slices. There are two ways to cut the ham. (1) I cut ham in half width-wise, then cut one of the halves lengthwise, then I cut across the two quarters for smaller pieces. 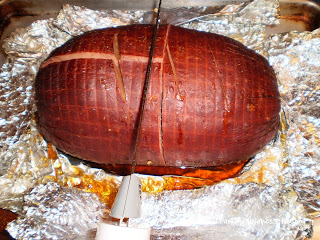 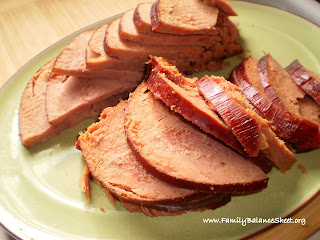 Or (2) just cut across width wise for larger slices. 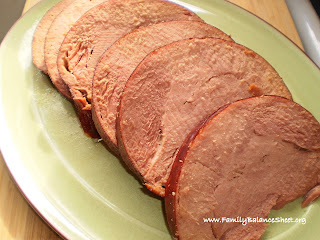 No matter how you cut it…Enjoy! 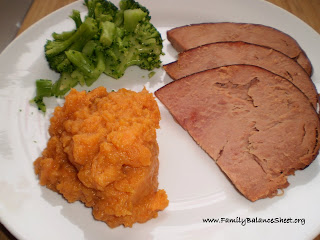 Will you be preparing ham for the holiday? What is your favorite glaze? What type of ham do you buy? Let us know in the comments.